Putting your ideas on the table

PUTTING YOUR IDEAS ON THE TABLE

While you are in the middle of reimagining teaching and learning, I was wondering if you would like to share your thoughts or experiences. No pressure but if you have any videos or articles that have caught your attention, I’d love to include them in this faculty blog. And if any of you like to write or want to give it a go, I’d love to help you get your ideas out to people who would appreciate them. Just let me know if you would like to share anything.

To start us off, here is a link to a video about Raising Emotionally Intelligent Kids that was shared with me. I believe that compassion can be taught but it is more likely ‘caught’ off other people. I think that is why our kids are so lovely – they catch it off each other and their teachers. Kind of like a good virus.

PRIDE OF THE PRINCIPAL

If you have any student (or students) that you would like me to recognise for living the ISY Attributes send me an email with a sentence about why they are to be recognised and a time that I could come on Zoom and say hi. Any time or day is OK – If I have a meeting I’ll suggest another time until we get one that works. I will jump on your Zoom and then I’ll get you to put the student or student(s) into a break out room with me. I’ll have a chat with them and take a screenshot that I will send to their parents.

We are now in the middle of our Quarter 2 Prosperity unit. We will check in with our planning teams early next week to see how we are tracking in our Prosperity unit. We will also share some proposed Enduring Understandings and Essential Questions for our Quarter 3 Planets Units. Homeroom and CLO teachers will meet and specialists will have a separate meeting so they do not have to attend 3 meetings. But if any specialist teachers wants to join any homeroom meetings, they are very welcome to. Learning Support teachers are also welcome to attend any meeting that will be useful to them and their students.

Music & Art
To make Music and Art classes more manageable and to ensure that every homeroom class gets one special per day, we have a new Quarter Schedule. The main change is that each Grade 1-5 homeroom class will get separate Art and Music classes plus one whole grade level class. To make this work, we have split the Quarter into 2 halves. In one half, students will have only Art (no Music) and in the other half, students will have only Music (no Art). Other specialist classes are not affected. Your team leaders know about this and will be able to help you understand these schedules: 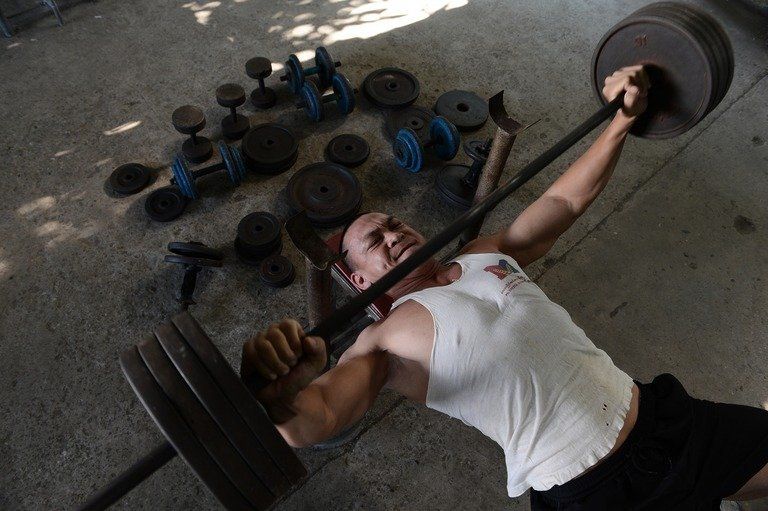 Zar Li has kindly offered to run 15 minute work outs for our students that will start at 8:10am every Monday, Wednesday, and Friday. These work outs will start next Monday. The Zoom link for the workouts will be on the Friday Family Report each week.

The workouts will finish at 8:25am to give students time to get a drink and get organized before joining their classes at 8:30am. 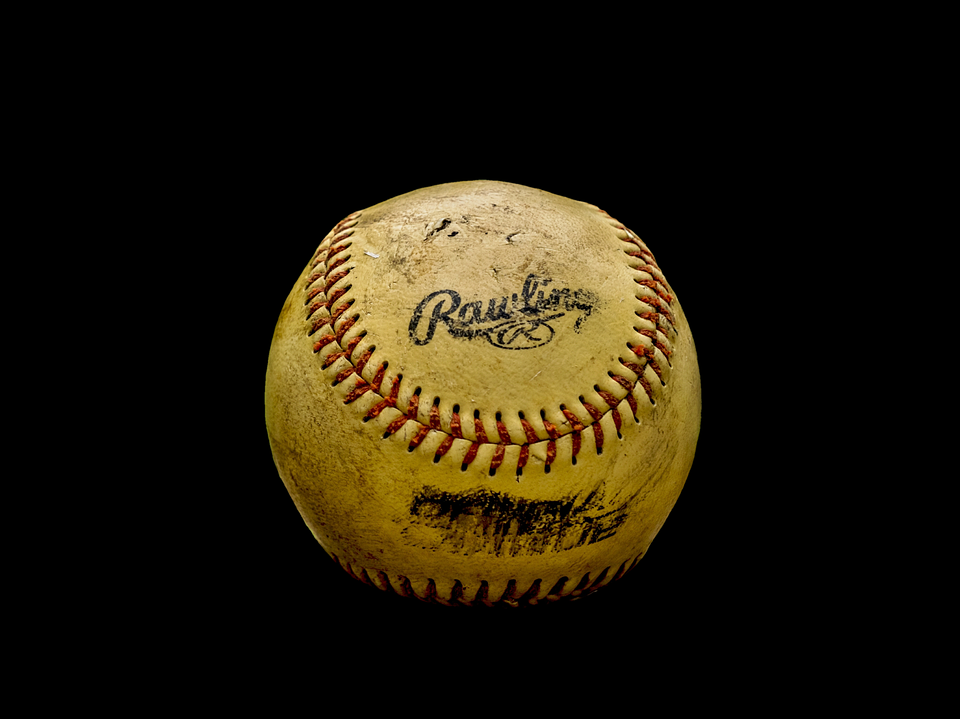 ‘You looked like you knew what you were doing.’

I lived in Japan for 3 years and thought I would try my hand at baseball – a game that always interested me but never had the chance to play in New Zealand. It interested me because I thought I would be good at it. I played cricket and figured that catching a ball with a glove must be a lot easier than without.

I was not (am not) good at baseball despite spending the best part of three years ‘learning’ the game. But I could see how people (not my team-mates) might have thought I could play and that is where the ‘you looked like you knew what you were doing’ comment came from.

The team I played for in Japan was good. We won a regional competition to compete at a national tournament. I was never going to start a game at the tournament but I warmed up with the team prior to the first game. I joined in the usual fielding and batting routines and then took my place on the bench. We won the game and as we were shaking hands with the opposition it was clear that they were waiting for me to come in and do something that I assured them I was not capable of. Their assumption was based on watching me practice.*

Other people (again, not my team-mates) that watched me practice might have made the same assumption. Professor Rob Coe would say that these people would be confusing actual learning with the following ‘poor proxies’ for learning:

Students are busy: lots of (written) work is done. I would practice three to five times per week with my Middle School team and the team that I played for. Practices went for a couple of hours or more and there was very little down time. We were continually throwing, catching, running, or hitting.

Students are engaged, interested, motivated. I enjoyed practice. It was fun and I looked forward to it.

Students are getting attention: feedback, explanations. My team-mates and coaches were very generous with their time and it would be fair to say that I had more attention paid to my game than anyone else’s (it needed quite a bit).

Classroom is ordered, calm, under control. Middle School practices resembled a military exercise. My team’s practices were more relaxed but started on time and followed the same format that the players had obviously grown up with.

Curriculum has been ‘covered.’ I practiced throwing, catching, hitting, running, and positional play. I did this with a partner or in group drills that had me practicing specific plays in different positions.

(At least some) students have supplied correct answers (whether or not they understood or could reproduce them independently). I could consistently hit, catch, and throw accurately in the practice drills. I understood the patterns of the drills and had the skills to follow them.

So, yes. I probably did look like I knew how to play baseball. But playing baseball is a lot different to practicing it. Playing baseball required me to apply the skills that I had practiced in unfamiliar or unknown contexts. In practice, the repetitive nature of the drills meant that I always knew what I had to do before I had to do it. In a game, I often had no idea what was going to happen and found it very difficult to react in time to transfer my knowledge and skills to a new situation and make a play.

I had practiced a lot but I had not really learned to play baseball. At best, I was performing at a surface level. I was able to perform skills in isolation, working on them one at a time. If I had been performing at a deep level, I would have been able to start connecting and organizing my knowledge and skills to make plays when I was called upon in a game. And if I was able to automatically make those connections and apply my knowledge and skills to new and novel situations, John Hattie would say that I had reached a transfer level of learning. And that was my goal.

My failure to achieve my goal was not for a lack of engagement, work, or help. My experience raises an important question:

How can we ensure that engaged, hard-working, and supported students are able to apply their command of grammar, the mathematical formulae they have memorized, or their understanding of the industrial revolution to unfamiliar or unknown contexts that they will encounter upon leaving school?

My baseball (and a Middle-Eastern Australian Rules Football season) experience tells me that to truly say that we have learned something, we must be able to apply it to new and novel situations. This means that we need to be challenged and supported to apply our knowledge and skills in these situations, whether they be simulated or authentic. Doing the same drills and routines over and over again certainly improved my performance in specific skills and if baseball was multi-choice, I would be pretty good. But those skills were not much good to me in a game as I could not apply them. My performances in practice could no longer hide the fact that I had not really learned much about baseball.

At ISY, we have adopted an interdisciplinary approach to learning that provides students with opportunities to combine and apply knowledge and skills from multiple subjects to different contexts and problems. These opportunities are designed for students to gain a deeper understanding of why specific skills are important and, crucially for true learning, an understanding of how they might be applied to contexts that they might not even be aware of yet. As my baseball experience attests, this depth of understanding cannot be developed or assessed by teaching subjects in isolation.

*and almost certainly the fact that they thought I was from the US. I told them I was from New Zealand and played cricket (which I think was mistaken for either polo or croquet) and that seemed to clear everything up.

Join us on Saturday, December 12th for the 3rd annual UWS-ISY Sports-A-Thon!  This fun active event raises funds for the UWS-ISY Wan Kaung School partnership, allows children in Northern Myanmar to attend school with appropriate supplies and resources.  If you are interested in learning more about this amazing program, check out the ISY website.

How can you participate?

Donations will be collected through the ISY Online Ordering System found through your Powerschool account. Here is a video to help explain how to donate!

We appreciate your support and participation!

While we have one more week to go, this will be our last Faculty Blog post for the year.

As we come to the end of the school year, I am looking back on blog posts from the last two years.

We have Student Review Meetings coming up at the end of the month.

If anyone wants to give interactive videoconferencing a try next year, just let Lindsey know.

I hope your conferences went well today. The parents who I have been speaking to today are all very appreciative of their children’s teachers.